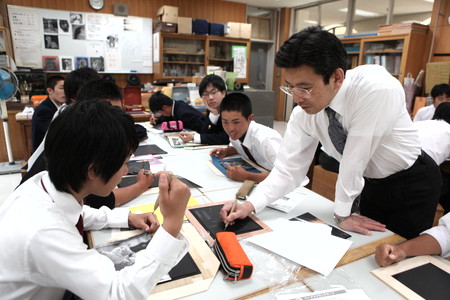 In contrast to the pressure-oriented traditional Japanese education system that focuses only on high academic achievement, KGHS emphasizes creativity and individuality. As a result of this emphasis, the students take the responsibility to discipline themselves, thus alleviating the need for rigid authoritarian rules. 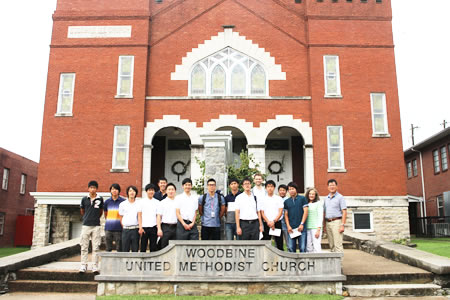 At KGHS we emphasize international education. Through several exchange programs with schools in various countries, we strive to educate our students as internationally-minded citizens who have a comprehensive and cooperative perspective toward other people in the world. There are also, at any given time, one or two foreign exchange students studying at our high school. 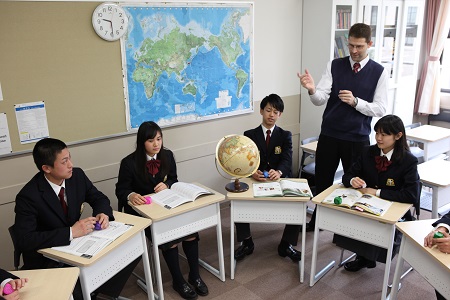 All students are required to take English language courses taught by both native English speaking teachers and Japanese teachers of English. Rather than teach English through the inefficient, traditional grammar-translation method that fails to teach true communicative skills, we at KG strive towards a communicative based language teaching methodology, giving our students a balance of all four macro language skills: reading, writing, listening, and speaking. 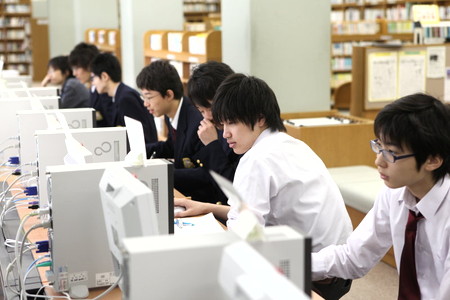 Our “Reading & Research” course trains students in academic writing and research skills and teaches them to make efficient use of the library and its resources. All 12th grade students are required to research and write a thesis prior to graduation.

"Why the people called nurse ;The angel wearing white coat"
*Award for Excellence in the Library Study Competition(2014) 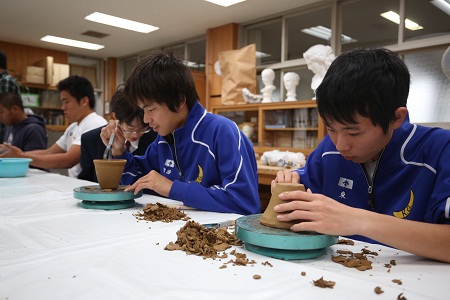 KGHS offers all 12th grade students a wide variety of elective subjects in a wide variety of fields. To provide a more creative atmosphere for maximum learning enhancement, we invite many teachers from outside the school, such as university professors, researchers, and professional specialists in various fields to teach these. 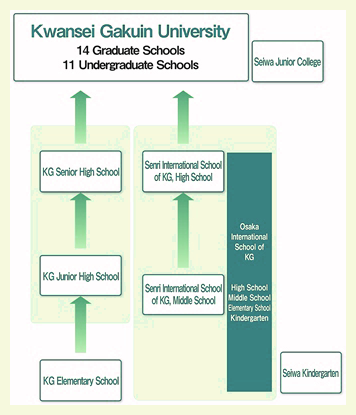 Kwansei Gakuin is one of the most prestigious private schools in Japan which dates back to in 1889, when it was founded by the American missionary Reverend Walter Russell Lambuth, M.D. in Kobe.

Kwansei Gakuin University(KGU) is an independent institution for higher education, offering Bachelor's, Master's, and Doctoral degrees in over 35 different disciplines to a student body of about 23,000, including approximately 400 foreign students. The University maintains academic standards that rank among the highest of all Japanese universities and colleges.

Freedom and difficulty not shared by students receiving exam-centered education

Kwansei Gakuin Senior High School provides education under a recommendation-based admission system through which students can advance to Kwansei Gakuin University. Students who meet the academic standards and whose character and attitude are deemed worthy of recommendation will be accepted into schools of KG University after passing an oral interview.

To be accepted into Kwansei Gakuin University under the recommendation-based admission system, students are expected to have seriously engaged in their studies and other school activities for three years. They are also expected to understand the school’s philosophy and have a well-rounded character. The scheme has great significance in allowing students to improve themselves in a well-balanced manner and grow into individuals who can contribute to others and to societies.